All Of Us: A Post-Apocalyptic Ballet Set To The Music of The Tragically Hip 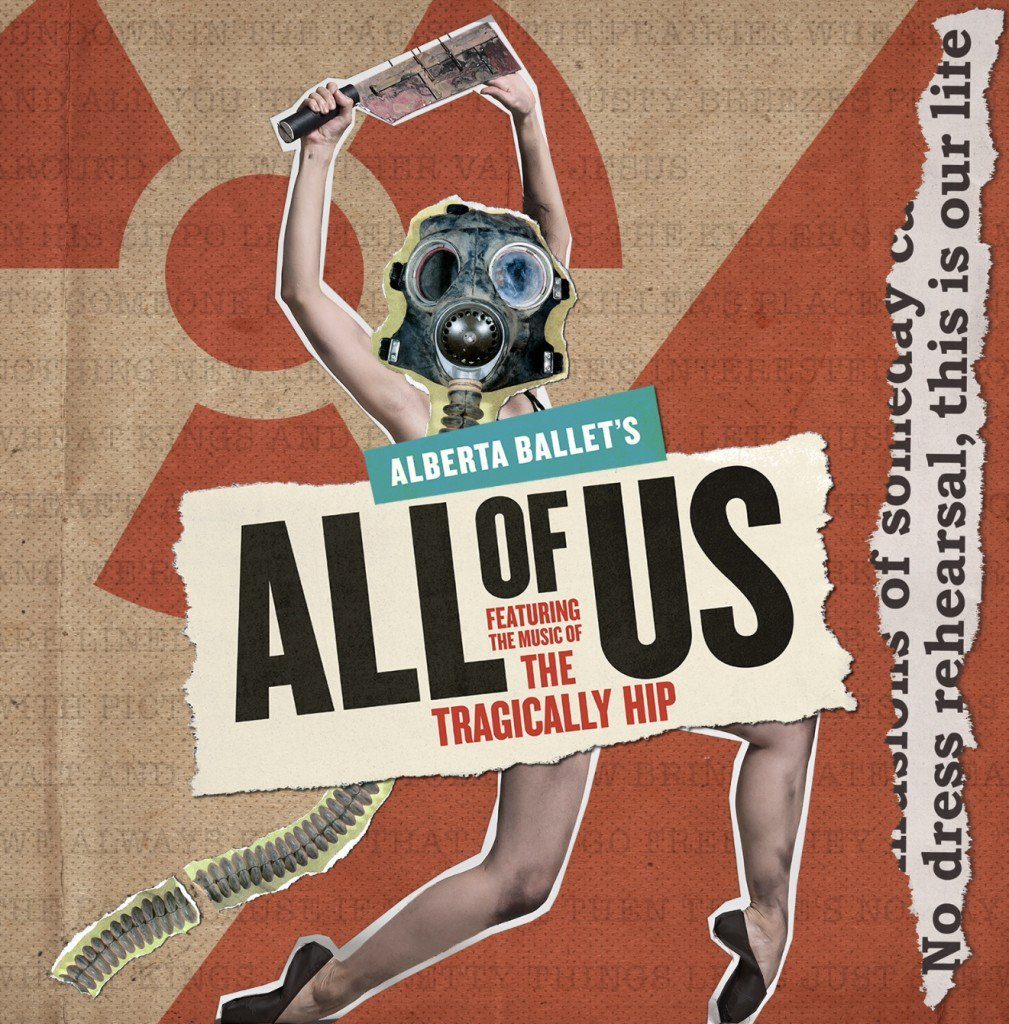 Alberta Ballet will debut a brand new stage show in early May, set exclusively to the music of The Tragically Hip. All of Us, which is the company’s latest in their series of popular portrait ballets, will feature 20 iconic songs from the band’s legendary 30-year anthology, and combine powerful, adrenaline-filled contemporary dance with a post-apocalyptic narrative about two clans warring to inherit what is left of the earth.

If that sounds heavy, it’s because it is. Alberta Ballet Artistic Director and Choreographer Jean Grand-Maître drew inspiration for the dystopian drama from a whole host of sources including current social and political events and from films such as Mad Max and Blade Runner.

Equally as important to Grand-Maître’s vision has been his desire to deliver a story that, like the poignant and often extraordinary words of the late Gord Downie, speaks to humanity’s true inner potential by contrasting moments of extreme darkness with a profound hope that at some point, there will be light.

Okay, I know what you’re thinking, “Juliette, I adore The Hip (obviously), but I totally don’t care about ballet so what’s the deal?”

Let’s find out, shall we?

What is Alberta Ballet’s Portrait Series?

Alberta Ballet’s “Portrait Series” began pretty well by accident back in 2007. In anticipation of the ballet company’s 40th anniversary, Grand-Maître and his team were looking to debut a large-scale original production aimed at grabbing the attention of the performing arts community, when a friend suggested approaching folk icon Joni Mitchell.

Mitchell, who immediately found the idea compelling, signed on as a collaborator. The resulting ballet, The Fiddle and The Drum, which paired neo-classical ballet movement with Joni’s music and artwork, was a visceral exploration of mankind’s ability to both create and destroy.

Garnering international acclaim from publications such as The New York Times and The BBC, the show was such a huge success that Alberta Ballet decided to expand the series.

In the ten years that have since followed, Grand-Maître and company have produced ballets set to the music and vision of some of the greatest artists of our generation including Elton John, k.d. lang, Sarah McLachlan, Gordon Lightfoot, and now The Tragically Hip.

“What has made these ballets so interesting,” says Grand-Maître, “is the collaboration with the artists and the fact that I get to talk to them one-on-one about their music, their vision of life, and what message they hope to deliver through their artwork. In Joni’s, case it was about war and the environment. For Elton, it was talking about addiction and repression and wanting to use his life to educate people. For k.d., it was about the Prairies and how she first fell in love with music there. For Sarah, it was about a girl’s passage into womanhood. And, for Gordon [Lightfoot], we ended up creating a portrait of Canada as a whole, so it’s different for every artist.

“It’s been quite a journey working to capture that certain something in the music that each artist feels is truthful, but together through these portrait ballets I think we’ve been able to not only reimagine but sometimes even bring new meaning to what are already incredible bodies of work.” 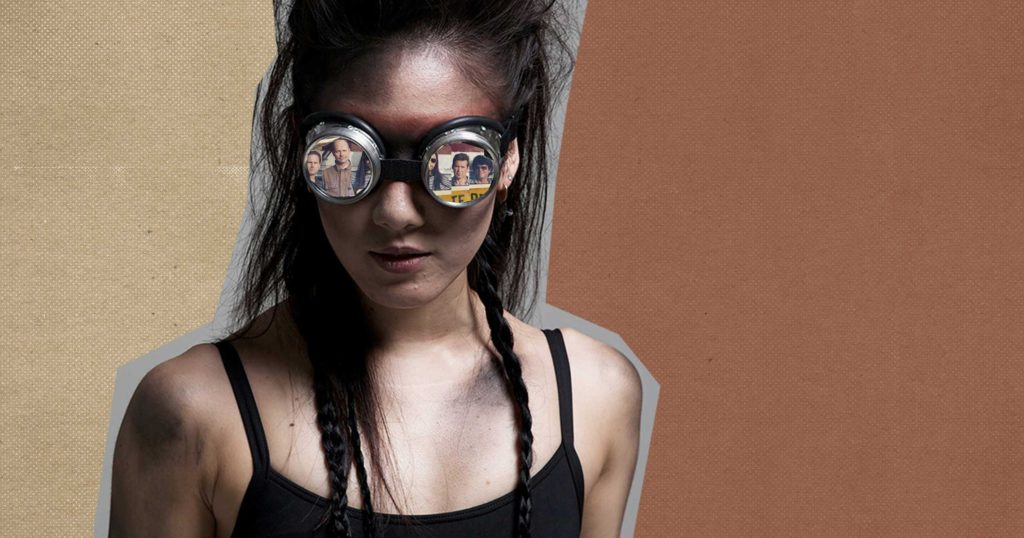 When Grand-Maître first approached The Hip and their management about working together on a ballet, there was a lot going on in the band’s world. Though they were completely enthralled by the idea and gave Grand-Maître and his team carte blanche to use the band’s music however they saw fit, news that Gord had been diagnosed with terminal brain cancer had recently broken and so they were deep into planning what became an epic and heartbreaking cross-country farewell tour.

“At the same time that the band went out on the road and did that final tour, there was all of this heavy stuff going on out there in the world,” he says. “Whether it was Donald Trump or the threat of a nuclear attack from North Korea, I couldn’t help but notice the fascinating contrast that existed between all of this brutality and the exchange of love, diversity, and inclusivity that was occurring between Gord and The Hip and millions of people across the country.”

It was then that Grand-Maître realized just what he wanted his Tragically Hip ballet to be, and that was a story of love, hope, and ultimately redemption.

“The music of The Hip has always been about having hope when things are verging on total collapse and there’s almost nothing left,” he adds. “So, I began to wonder what Gord’s voice­­––a voice that now seems to sing to us from another dimension––and all of these songs would sound like in a desolate world that had been destroyed by a nuclear attack. The magic of Gord’s poetry and the music of The Hip is that it contains this whole other universal wisdom, which speaks through its extraordinary simplicity, about humanity’s inner potential. For that reason, it became paramount to me that we create the kind of ballet that captured the essence of our species in all of its beauty and all of its love just as Gord had.”

What To Expect At The Show

Beyond the Canadiana we tend to attach to the music of The Tragically Hip, All of Us, like each of Grand-Maître’s portrait ballets, promises to both honor the band’s music and message and to present it in a whole new light.

While Grand-Maître admits that when working with the music of a band as iconic as The Tragically Hip, it can be difficult to steer away from what fans imagine their songs to be––especially because so many people grew up with them––he is careful to note that that was never the intention.

“What we hope to deliver with All of Us is not only the sort of performance that nobody will expect, but one that will connect so deeply with what the Hip’s songs are about that people will open their hearts and want to go for the ride.”

Of the production, Grand-Maître adds:“All of Us, is one of the most substantial productions we’ve built in a long time because we’ve had many special donors come forward who are Hip fans themselves. We’ve had major donors for costumes and set design. We’re building one of the largest sets we’ve ever had on the stage, which will be made of rusted metal, so it’s going to be a really extraordinary site.” 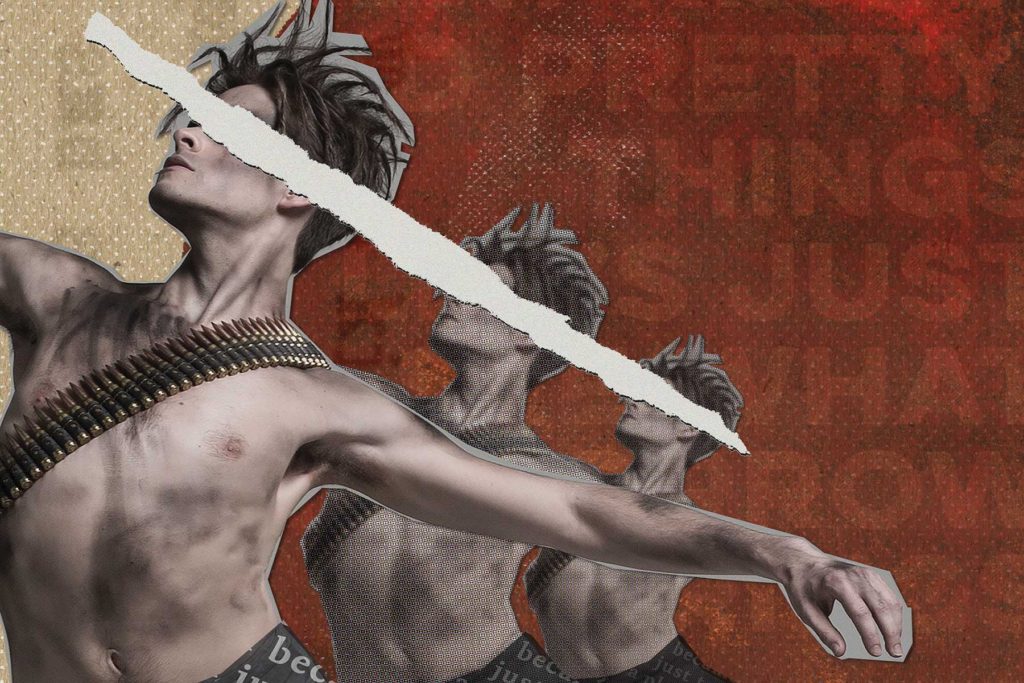 Who Should Go To This Event?

The short answer? Everybody!

One of the key focuses of Alberta Ballet’s “Portrait Series” has always been to work with its featured artists and dancers to blur the lines between art forms, and to create a shared space for fans of both music and ballet alike.

“That was the original idea right from the beginning with Joni,” says Grand-Maître. “We wanted to figure out how to reach a new audience, and how to bring various diverse groups of people together because that is the biggest challenge facing the performing arts right now. When we do these portrait ballets that becomes visible in the theatre. Not only do we draw people who are already fans of dance, but now we’re drawing longhaired rock star types too! It’s a really amazing mix of people,” he adds with a warm-hearted laugh, “so we can’t wait to see what happens when the show debuts.”

Why You Don’t Want To Miss It

Just like that farewell tour that touched the lives of so many Canadians, All of Us, calls upon us to once again come together as a community in celebration and provides us with an opportunity for further healing through art.

“I think that the reason it was so painful for Canadians when Gord passed was because he wasn’t some recluse star that only ever came out from time to time, he was everybody,” says Grand-Maître. “And, even as his light went out, he seemed to be shining bright.”

With the band and their management having already confirmed their attendance in Calgary on opening night, Grand-Maître seems truly humbled by the experience and poised to share the Alberta Ballet’s latest creation with Canadians at large.

“I just hope that wherever Gord is now that he will be pleased with what we have created, and that through his beautiful lyrics and the iconic music of The Tragically Hip, that this will be an inspiring experience for everyone involved.”

[This article was commisioned by Calgary Tourism in association with The Alberta Ballet and was originally published via visitcalgary.com]