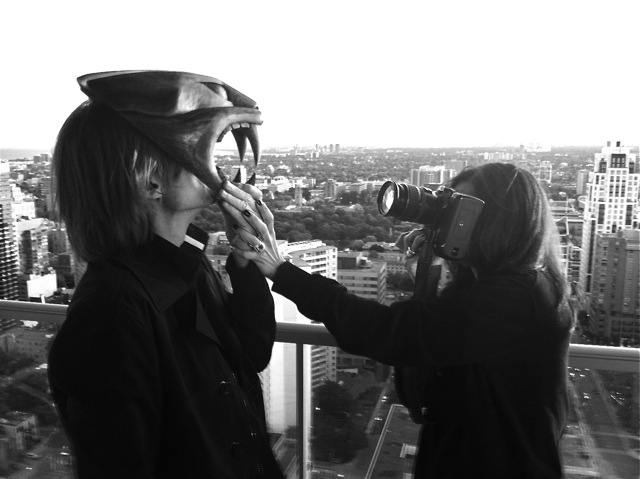 Over the course of the past three decades, Canadian husband and wife photographers Viliam Hrubovcak and Jolie Fejer have become widely known for their highly evocative portraits of some of music, art, film and literature’s greatest cultural renegades.

Driven by a curious attraction toward those who are able to move the cultural needle with force, the couple has spent their life together –– which began back in 1988 after being introduced by David Johansson of The New York Dolls at what is now Toronto’s Phoenix Concert Theatre –– in the trenches documenting a colourful array of freethinkers through an ongoing photographic series they’ve come to call, “Anti-Stars.”

“The individuals featured in this book all possess a certain credo or philosophy,” explains Viliam. “These are truly authentic, no bullshit people, who have affected real change on a grand scale and set artistic standards by daring to work outside the box. These are people who dared to go their way or no way,” he says.

For Viliam and Jolie, their work as portrait artists has always centered upon a desire to capture the essence of those who truly live, work and create within that particular fringe state of mind­­. But what began with an interest in documenting the faces of the punk rock movement eventually grew to encompass “punk” as an ideology rather than just a genre of music.

“Punk was about change and about deconstructing,” says Viliam. “It was about destroying what came before you in order to go ahead. The punk rock movement was a youthful, musical reaction to a highly turbulent era. People were really angry, and that anger drove the art and the art drove the movement.”   “But it didn’t end with punk rock,” adds Jolie. “We needed to move beyond those boarders and start documenting the individuals that broke ground with their art, whether they were musicians or not.”

“These two have this way of capturing people in the raw,” says longtime friend and Canadian film producer Larry Weinstein. “I think what they do is create icons in a way. For instance, I’ve seen a lot of photos of someone like Bjork, but it’s their photo of Bjork that burns in my brain. You tend to have an image of a person; the images in my head are always the one’s Viliam and Jolie have created.”