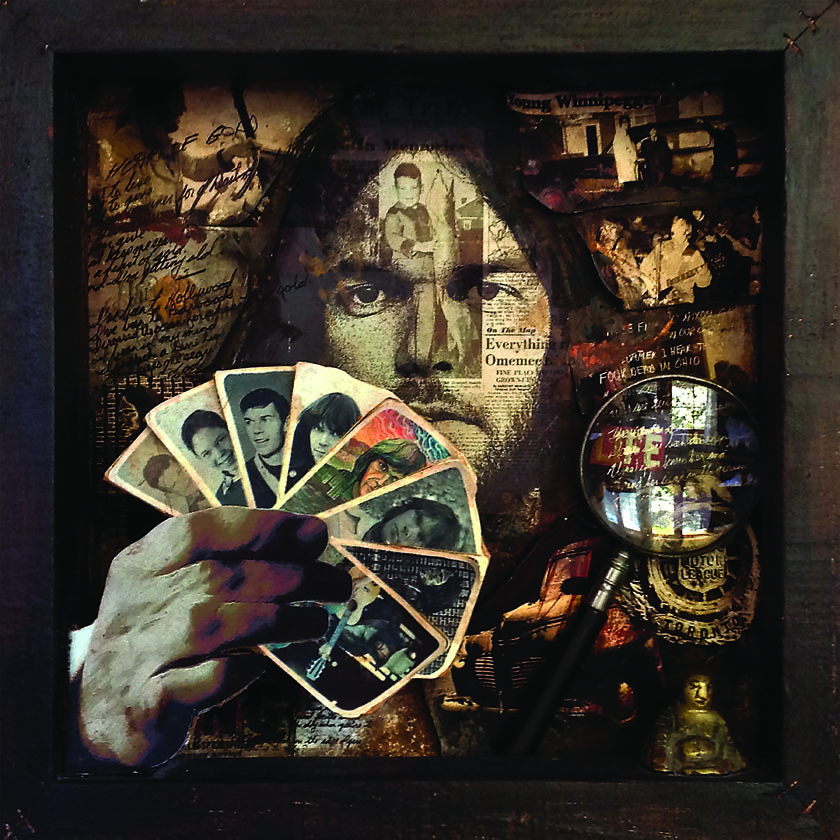 As one of the most iconic musicians of the past five decades, Neil Young’s contributions to Canadian iconography and to the canon of rock ‘n’ roll are irrefutable. Having penned some of the most poignant protest anthems, fragile love songs, and self-aware balladry of a generation, Young has long been the sort of singular voice that aches under the weight of social realism and tenderly illuminates that which exists at the core of the human condition.

To most music fans, Young is something of a legend, but to Los Angeles-based visual artist Jenice Heo, he’s a life-long friend. Both she and her husband and creative partner, Gary Burden—who is best known for designing some of rock’s most iconic album covers, including Young’s After The Gold Rush and Joni Mitchell’s Blue—have known and worked closely with Young for decades.

After the three took home a Grammy Award for their combined efforts on the Neil Young Archives Vol. 1 Box Set in 2010, Heo was compelled to begin work on what would eventually become known as the NEIL YOUNG SERIES.

Comprised of thirteen oil paintings on found objects and mixed media assemblages, the series was originally inspired by a small scale assemblage titled “NEIL Letters,” which appeared on the cover of the box set. “Neil loved the Wallace Berman series with the hand holding the transistor radio,” says Heo. “When we couldn’t get the rights to use his art on the box set, Neil asked us to do a rendition of the hand but with cards, using various images from his archive. He loved that first piece and so I was encouraged to move forward with no trepidation.”​

For Heo, creating such a patchwork proved to be a deeply personal process. “This series came to be at an intense time in our lives,” she notes.​ “Gary was going through treatment for an illness, which he is clear of now, but he was laid up most of the time. It was a solitary and difficult time for us. The heavy use of black oil paint [throughout the series] represents the depth of what we were living through at that time. Thank God I had the canvas to go to, it was my therapy.”

“Jenice really put her life on hold to take care of me,” adds Burden. “But throughout that time she was also filled with inspiration and so she carved out a tiny niche in the corner of our beautiful little cottage in Malibu, which was in a grove of oaks and sycamores, and she worked. She made a lot of drawings, fleshed out her ideas and then started collecting materials and buying canvases to express the things that were coming to her. We used to go to swap meets, yard sales, garage sales, and those sorts of things to find elements that would fit. One time we even went to a swap meet with Neil and he walked around the grounds with us carrying all of these objects, so he was engaged in a big way. It’s funny because Jenice is this very little girl, but she was hefting around these big pieces of metal and all of these things that were eventually included in the assemblages, and over the course of those six months to a year she created this really remarkable series.”

Previous post
Historic Venue Spotlight: Massey Hall
Next post
What Bowie’s Death Has Revealed To Us About a Generation of Music Lovers