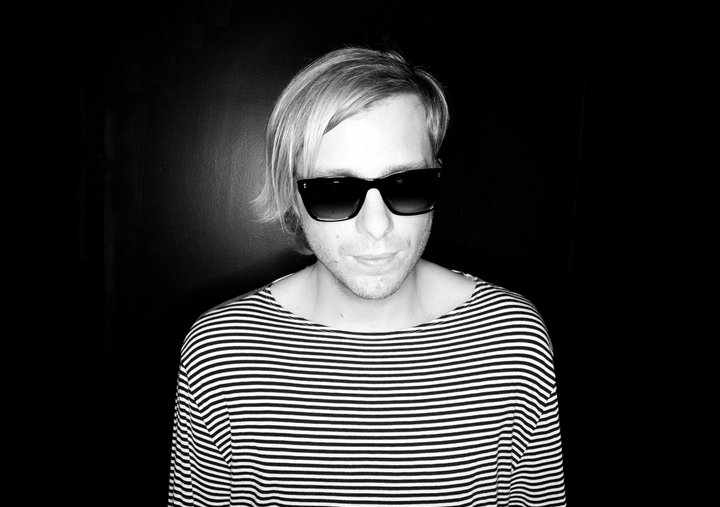 It seems like AWOLNATION is a cross section of a lot of different visual, musical, and creative influences, is this the project that you always sort of envisioned making but the time wasn’t right yet?

Yeah that’s exactly it. These were ideas I sort of always wanted to do but couldn’t before now. With AWOLNATION I have the artistic freedom to do that, and I’m lucky because I have a label that believes in me.

Before AWOLNATION you spent a number of years playing in other touring bands that were signed to major labels, which is often where a band strives to be. How did you get to that point where you finally said: “you know what I’m going to cut the chord, eliminate the major label, and make something that’s really off the wall, something people haven’t heard yet?”

Well, it just sort of happened that way, it wasn’t intentional. I really had no choice; I had to make this music because it’s who I am. I feel really blessed that these ideas come to my head and not someone else’s, but like you said, I’d already played the major label game and I failed at it, so I had to keep going.

When I started AWOLNATION I wasn’t consciously aware of the idea of trying to write hits – not in the same way you are when there is a major label involved. This time around I just put my head down and wrote the songs that I wanted to make in hopes that people might feel the same way about my music that I feel about the bands that I love.

As someone who has spent time working, making music, and growing up inside the industry, you presumably watched the music business A) change in the face of technology and B) practically fall apart, have you benefited from the experience of making music in the digital age?

Absolutely. I feel really fortunate to have been apart of technology changing because these kinds of advancements allowed me to make a good portion of this record at home in my own apartment. I wouldn’t have been able to do that 5 years ago.

I used to consider myself pretty computer illiterate, but when you’re on your own you have nothing to do but learn. It blows my mind.

Do you think that artists coming up today need the help of major labels?

Well I think it depends on what kind of music you’re making. If you’re a pop act then a major label might be for you because pop is what they’re good at. But, if you play in a rock band or an alternative band, it can be hard because labels have the connections and the pull to make things happen quickly, where as on your own you have to stick around long enough to prove yourself.

In my last band we did some major network shows like Jimmy Kimmel because the label had those sorts of connections, but we were miserable and really weren’t having that much success outside of it. This time around we’ve stuck it out and now that I think we’ve proved ourselves to people, we’re seeing that success and I’m happy.

What is your opinion on the state of rock music today?

Well I don’t know that there is a state of rock music today. I think that there are still some really good rock bands out there and that if you look you’ll find them, but you know, rock music changes cycles every ten years and I think that in the past decade there have been a few “genres” (whatever that means anymore) that have given rock a bad name.

I think bands like Muse and the Foo Fighters always put out great rock records. Kings of Leon are doing well, and Red Hot Chili Peppers are still out there, but for me I think its more about if the record has that sort of dirty, gritty sound, and it really hits hard, then I’m probably going to like it.

Has a record ever changed your life? If so what record was it?

Yeah, Radiohead’s “OK Computer.” When that record came out I hadn’t heard anything like it. It was daring, innovative, and beautiful. From a production stand point that record did things that hadn’t been done, but it also just had so many amazing moments. Sometimes you can’t put your finger on it but there’s just that something about it.

Moving forward, do you have an ultimate goal for this band?

No I don’t, but I can say that last night in Chicago I played one of the best shows of my life. There was just this energy in the room, and it was really something special. It felt a lot like the shows I used to go to growing up where people fell in love with music. If this band can evoke that kind of energy about our own music, then those are the kinds of shows we want to keep playing in the future.

Previous post
“The Good Stuff” – What Will Become of Our Grunge Era Obsessions?
Next post
Rock and Roll’s Second Coming