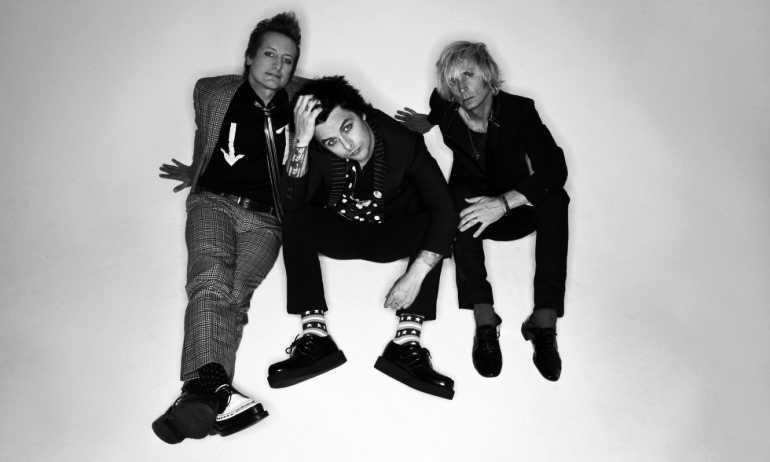 Lately I’ve been feeling disillusioned with the state of rock and roll. It seems like only the bands that were already bands long before this breakdown happened, are making any ground or money or noise these days. But, good for them, I’m still trying to get my head around that fact that Green Day has been a relevant band for over 20 years, or that Nirvana and the Chili Peppers are getting airtime on classic rock stations.

It’s strange to finally see a band live after you’ve been listening to them for 15 years; it’s a bit of a mind warp. You almost expect to feel like that kid lying on your bedroom floor listening to Dookie or American Idiot, and even still you never thought these guys would ever be in their 40’s.

“There is no fucking work, no fucking school tonight…all we’ve got is each other…we’ve got tonight, to fill this room with as much fucking joy and celebration as possible…do you feel me?” Yeah I feel you Billie Joe, I’ve been feeling you since I was 15 years old.

Last night, before these guys took the stage at the ACC, I was stupidly standing there thinking how different my concert objectives were when I was a kid. I was thinking that it was a shame I didn’t want to get that sweaty anymore, but they started to play (and they played for two-and-a-half hours), so I promptly swallowed that self-pity cause when it’s a band you grew up on, they’ll always have your heart.

The great thing about Green Day is that they’re the same band they’ve always been, they just learned how to write better (that is more developed) songs over the years. They played all the classics, “Basket Case,” “Longview,” “Brain Stew,” and “Minority,” and did a killer encore, which included “American Idiot” and the whole of “Jesus of Suburbia.” But, what really got to the crowd, started with a pretty theatrical version of “King For A Day” and broke down into everything from Otis Day and the Knights “Shout” to the Stones “Satisfaction,” and even a brief bout of the Beatles “Hey Jude.”

20-fucking-years of Green Day, and they definitely know their crowd. They know that some people have loved them since the early 90’s and that others are there with kids who have just recently discovered them. It’s hard to believe, but these guys probably rock harder now than they ever did. This is a band that doesn’t require an elaborate stage production, it’s just always been Billie Joe Armstrong running all over the stage, jumping off barricades 10-feet in the air, and laying his shit bare to get the crowd going.