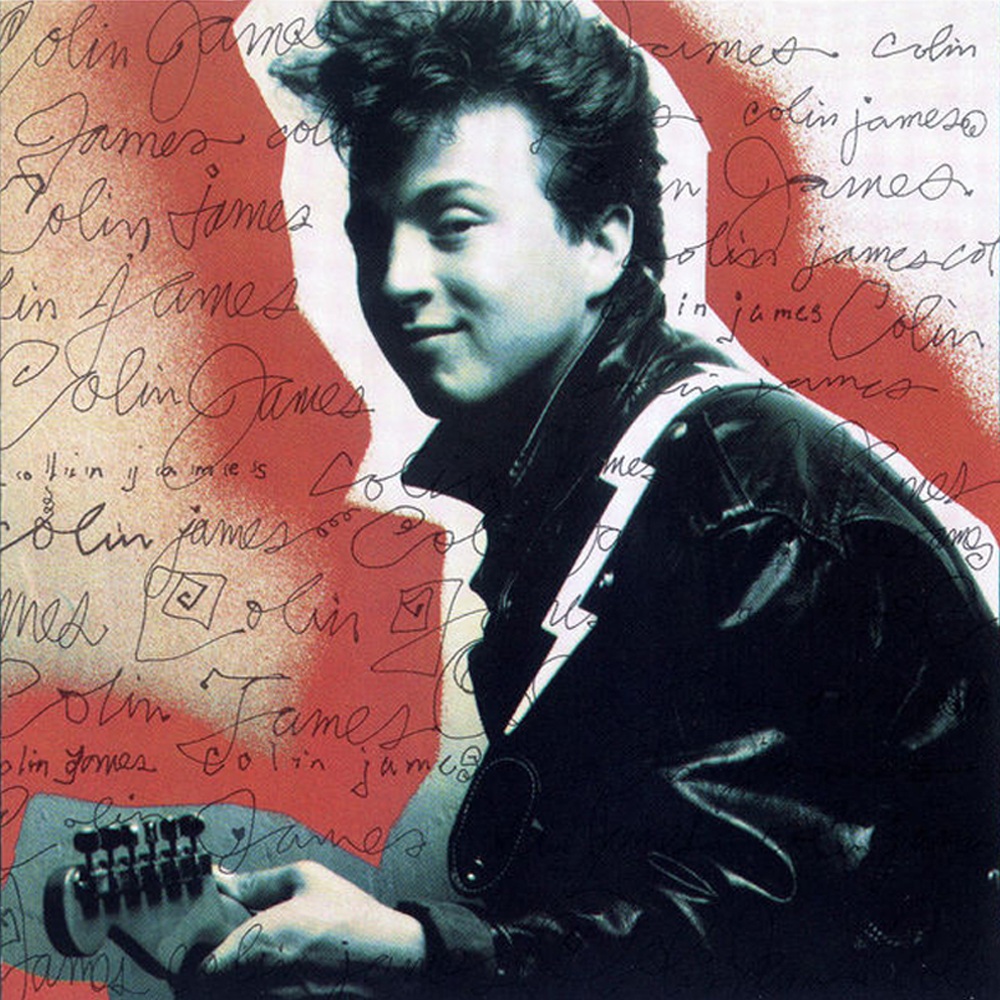 Having grown up performing alongside and touring the country with a band of folk musicians nearly three times his senior, Colin James caught the itch that tends to entrance career musicians at an early age.

Originally from Regina, Saskatchewan, James dropped out of school at the age of 16 and spent the remainder of his teenage years on the road between Winnipeg, Montreal, and Saskatoon before eventually planting roots in Vancouver, BC.

By the time he released his double-platinum selling self-titled debut album in 1988, he had already shared the stage with blues legends such as John Lee Hooker, John Thorogood, and Stevie Ray Vaughan.

Released on Virgin Records, the album produced a number of memorable singles including “Voodoo Thing” (which peaked at No. 30 on the Billboard Mainstream Rock Chart),“Why’d You Lie,” and “Chicks ‘N Cars,” but it was a big brassy ballad called “Five Long Years” that truly captured the youthful wonder and blind ambition that had driven James to leave home in the first place.

“One day, on the way back home, I passed through Winnipeg and I ran into an ex-girlfriend of mine. She’d heard we were in town and came out to the show to say hi. It had been a handful of years since we’d last seen each other, and she had had a child at that point, but it was just one of those really wonderful reminiscent things like, ‘Oh my god. Five years on and here you are! There’s your daughter. Wow!’

“In that moment, I just remember thinking, ‘Man, we could have stayed together,’ he adds with a warm-hearted laugh. “But, I had to go and do my music, so the writing was kind of on the wall. I think when you’re that young you just feel like you can’t get held down by anything. You gotta keep moving, you know?”

Upon returning home to Vancouver, James found that he couldn’t quite shake the experience of having run into his former flame, so he took to writing about it.

“The song itself came to me in a park,” he says. “I was living in East Vancouver on Commercial Ave. at the time, and one afternoon in the middle of the summer I just decided to go for a walk with a little acoustic––which isn’t typical for me at all so I don’t know what had gotten into me––but I started strumming and I wrote most of the song that day.

“‘Five Long Years’ is pretty much about that moment in life when you could go one way or the other and you go the other, and that’s just the way it goes,” says James.

He tells me that one of his favourite things about the song is its true to life narrative.

“I’ve always loved the fact that ‘Five Long Years’ is a true story,” says James. “If you listen to the lyrics like ‘Do you remember the times when we traveled South of the borderline?’ that was all true. What I was talking about in that verse was a trip we took together with her parents when we were 16. We all drove down to New Mexico in her family’s little Toyota!” he says with a laugh. “Those were fond memories.”

But, a little praise from fellow Canadian singer-songwriter kd Lang is a close second.

“Early on, kd and I used to be managed by the same office in Vancouver,” he explains. “One day, she came up to me out of the blue and said, ‘I heard your song. I love it!’ I just thought, ‘Really? kd Lang likes my song?’ I think she heard the honesty in the lyrics and that resonated with her. It was sweet because although we were friends and we worked out of the same office, we were very different people, so for her to kind of just come up out of the middle of nowhere and say that, it meant a lot to me,” says James.

Ultimately, “Five Long Years” went on to become a massive breakthrough success for James. The song not only turned him into both a critical and commercial success at home here in Canada but also helped to earn him his first Juno win in 1989 for Most Promising Male Vocalist.

Today, James is widely respected as one of the country’s top blues musicians. He’s released 19 albums, won seven Junos and 16 Maple Blues Awards, and is even considered, along with his group the Little Big Band, to have spearheaded the swing revival of the 1990s. But, 30 years on, I wonder if his relationship with a song as popular as “Five Long Years” has shifted or changed?

“You go through phases,” says James. “There were a few years there––maybe eight years––where I wouldn’t even play ‘Five Long Years.’ I just felt like it was part of my past, it was too poppy for me, and I just had an attitude about it. I don’t anymore. Now, I play it very willingly, even in blues crowds, because some people come out to hear it, and because truthfully I am proud of it. It got me set me up all those years ago, and hey, it’s probably why I’m here today,” he adds jokingly.

Previous post
All Of Us: A Post-Apocalyptic Ballet Set To The Music of The Tragically Hip
Next post
Origin Stories: Maestro Fresh Wes on “Let Your Backbone Slide”