Origin Stories: Mars Bonfire on Steppenwolf’s “Born To Be Wild” 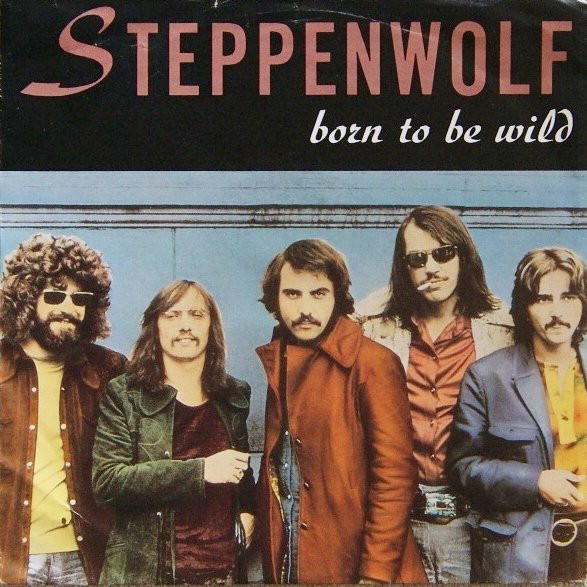 It’s amazing how many classic pop songs started out as B-sides but ended up becoming mega hits when somebody decided to turn over the record.

When Canadian-born Mars Bonfire (real name Dennis Eugene McCrohan) penned the now iconic “Born To Be Wild,” which was a B-side for Steppenwolf, he was young and broke, living in Hollywood, and trying to make it as a songwriter.

In the early 1960s, Bonfire had played in a moderately successful Canadian band called The Sparrow. Having gotten their start playing popular venues like Chez Monique and El Patio in Toronto’s Yorkville neighborhood, the band eventually secured a deal with Capitol Records out of New York before making their way to the West Coast where they opened for popular acts of the day including The Doors and Steve Miller Band.

Then in 1967, Bonfire decided to leave the group and strike out on his own.

“Songwriting was really what I loved to do,” he says. “When I was growing up, my Dad operated a popular dance hall in Oshawa called the Jubilee Pavilion, so music was always around. I never really saw myself as a musician per say. I can’t play much on an instrument and I can’t sing very well, but writing songs always seemed to come naturally to me and I didn’t feel I needed to be a part of a group to do that.”

When The Sparrow (then known only as Sparrow) dissolved a short while later, Bonfire’s former bandmates, which included his brother drummer Jerry Edmonton, approached him about songs for their new group, a hard rock band called Steppenwolf.

“At that time, I had been walking the streets of Hollywood trying to get a deal as a songwriter,” says Bonfire. “I actually presented ‘Born To Be Wild’ to three or four publishers, but nobody showed any interest. Luckily the guys were interested. They’d initially approached me about rejoining them in their new band, but I declined. Then a few months later they asked me if had any songs I could contribute. That’s when I showed them ‘Born To Be Wild.’ They immediately liked it, and took it for their debut album.”

Influenced by classic blues recordings of the era, Bonfire wrote “Born To Be Wild” shortly after purchasing his very first car, a used Ford Falcon.

“Prior to that moment, I had pretty much just been trapped in my apartment,” he says. “When I got that car I was able to drive out to the ocean and up into the mountains, and I realized how incredibly diverse the city really was. The feeling that came with being out on the road in my car was total freedom. That’s why the song starts with, ‘Get your motor running. Head out on the highway.’ Those lyrics just flowed right out of me.”

Having agreed to give the song to his former bandmates to record, Bonfire took a step back and waited. Then in January of 1968, Steppenwolf’s self-titled debut album finally arrived.

Released on ABC Dunhill Records, the album wasn’t an immediate success. In fact, the band’s first two singles, “A Girl I Knew” and “Sookie Sookie” were both flops.

“In those days records had an A and a B-side,” notes Bonfire. “‘Born To Be Wild’ actually started out as the B-side to ‘Sookie Sookie.’ Lucky for me, some college radio station decided they liked the B-side better and started playing ‘Born To Be Wild’ instead. All of a sudden they got a huge response. The feedback got back to the band’s label, they put their promotion team on it, and the A-side was history.”

Bonfire still remembers hearing the Steppenwolf rendition of his song on the radio for the first time.

“I actually didn’t hear the final version of ‘Born To Be Wild’ until months after it was recorded and released. When I did finally hear it on the radio, I just thought they did a superb job. John Kay really had the right voice for it, and their new guitar player Michael Monarch took the basic guitar riff I had given him on my demo and gave it a totally iconic sound.”

But, it really wasn’t until later that same year that the song acquired real meaning when it appeared in the opening scene of Dennis Hopper’s cult classic film, Easy Rider.

Set against a backdrop of motorcycle gangs and pure Americana, “Born To Be Wild” broke through the culture barrier going from hit song to generational anthem at a moment in time when the country was finally coming into its own.

“I don’t know how that came about,” says Bonfire, “but when the movie came out I went and saw it and I just loved it because it was the essence of the psychedelic ’60s, and I was a part of that whole thing. When it was all over, I went to the restroom and there was a guy standing there by himself using the urinal and he was singing ‘Born To Be Wild.’ That’s when I realized, ‘Wow. This song has really connected.’”

Like most successful songwriters, Bonfire had no way of knowing at the time the song was written, just how visceral a connection it would actually make. Some five decades on, he now looks back on those early years walking up and down Sunset Blvd. and toiling in artistic obscurity quite fondly.

“I remember an occasion when my mother and sister came to visit me at my Hollywood apartment, and they were worried about me. They had heard about all of these people in Southern California taking drugs and going nowhere and all of that, so they came down to sort of straighten me out.

“They asked me what I had been doing, so I played them some of my songs, including a then unheard of demo version of ‘Born To Be Wild.’ I could tell from the looks on their faces that they just thought, ‘Oh this is horrible. He’s gotta go back to school,’” says Bonfire with a laugh. “But, next year will mark fifty years since the song’s original release, so I guess it all worked out!”

As arguably one of the most iconic songs of the 20th century, “Born To Be Wild” has become a cornerstone of American popular music, and has found continued meaning over the years as a staple of both film and television. But, perhaps the real reason that it remains at the forefront of our collective consciousness is because at the height of the counterculture movement of the 1960s, it not only bottled that sense of reckless abandon that tends to define youth, it spoke to something that continues to hold true generation after generation and that’s our own inherent belief that we are all born to be wild.