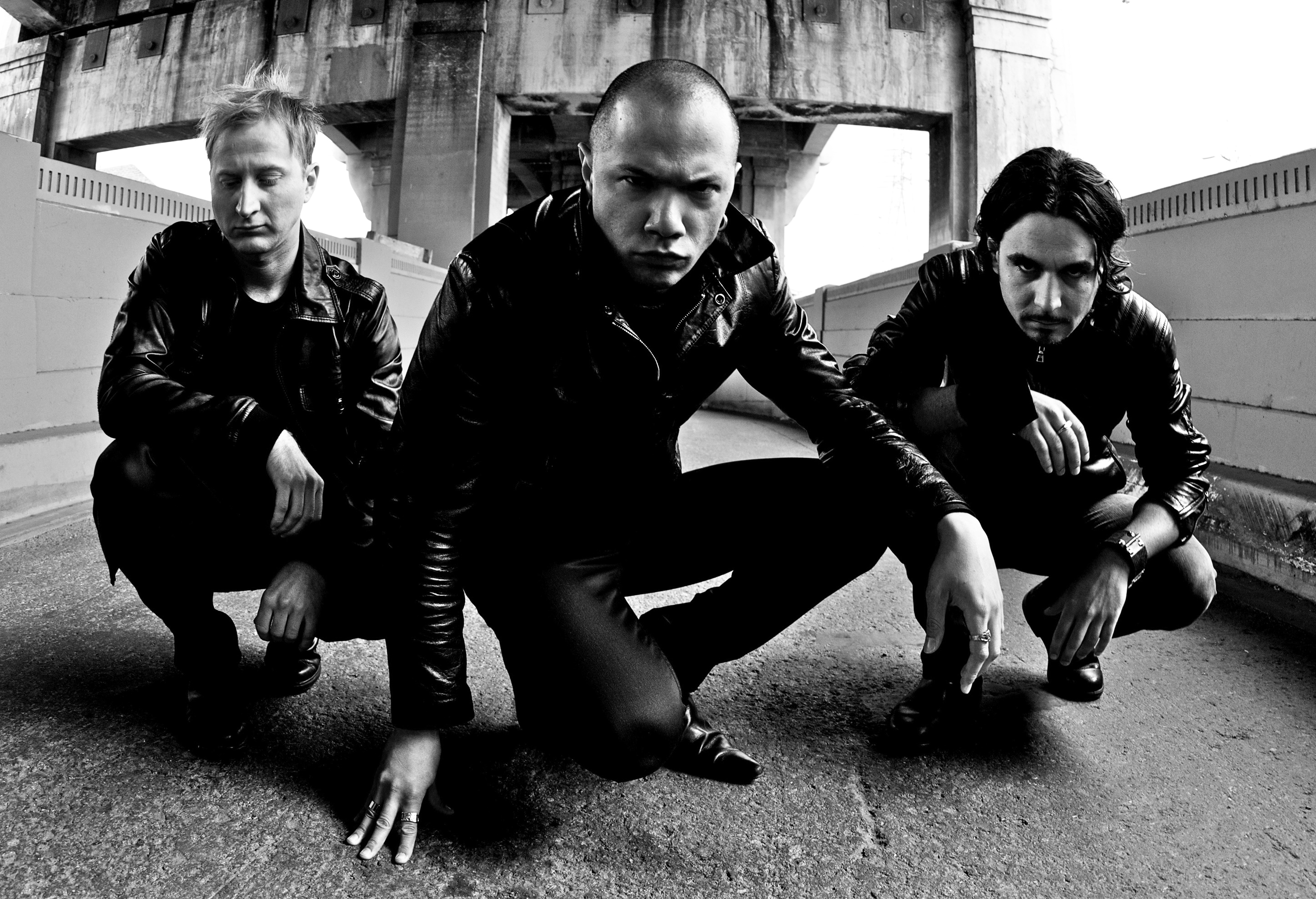 I’ve heard that early on in your career you guys didn’t want to record an album but rather let the band’s live reputation spread via word of mouth. That’s a ballsy approach for a young band coming up during a time when that was still industry standard. Can you tell me a bit about being a young band at that time?

No, we didn’t want to put anything out ever, which is something that we figured no band really ever does or says. We stuck to our guns for two years, which is sometimes the length of a band’s existence. We were really arrogant, we just wanted to make a splash, and do and say things that people hadn’t heard for a long time, and that was our way of doing it.

It definitely turned a few heads, so it kind of worked, but eventually we relented and we realized that we wanted to tour past the 401, outside of London and Hamilton and those kinds of places, and that if we wanted to go out west or down south, we had to have something to sell for gas money.  Commonsense kind of reared its ugly head and we put out a 7-inch and then we put out an EP afterwards.

A lot of band’s put out an album before they even play their first few shows and we did the opposite thing when we started this band. At the same time, it was a good gimmick because we’re still talking about it today.

Having gone through what you guys did when you were coming up as a band, what do you think independent bands struggle with the most right now and is it very different than what you went through?

Well nobody really buys records that much anymore; there just isn’t much of a culture for it. Record stores are closing and the purchasing of vinyl is becoming more of a fetish or kind of a status symbol or just furniture. People buy vinyl just to look cool and to make themselves look cosmopolitan.

When all my friends and I were buying records, we bought records because we wanted to find out about as many bands as possible at a budget rate. It’s never been an aesthetic thing for me, although I do appreciate it, it’s always been about listening to the records and doing it on shitty speakers and on shitty Walkmans in my room, on cassette no less. That’s how I found out about all these bands.

Now, with MP3’s in existence, it’s allowed me to hear even more records, and sometimes at no expense. So, getting back to your question about new bands, I would say that in general new bands don’t understand that. Those bands don’t come with that kind of passion for just being a music fan.

You get served all these reality shows about what it’s like to be a popstar or rockstar and that’s what they know and that’s what they want to be like. For us, our favourite bands never played in front of more than a 1000 people. Some of them did of course, but a lot of the bands I used to go see where really adamant and passionate about playing in front of like 100 people.

You have had some success here at home in Canada, but it seems as though Europe is really your market…

Relatively speaking, not really, but if you feel that way from a third objective point of view, then maybe I’m wrong.

What I mean by that is longevity. There is something to be said about that.

Right, right, but that didn’t come from Canada it came from leaving Canada. It came from certain parts of Europe beckoning us to come in a relatively short time, and we were lucky that way.

What’s the difference between those markets for you guys?

Well, I’m baited into this question because over the years our image in Canada has been tainted. But, what the fuck, I’ve said it before, I find that for the most part, audiences in Canada and North America even, just don’t have a very good knowledge or overall passion for music. Obviously there are always exceptions, but when it comes to rock, they don’t go any deeper than the shallow end of the trough.

You’ve seen both sides of the industry; you’ve dealt with major labels but you’ve also dealt with indie labels for a long time as well…

Well you see, no, that’s a misconception, and it comes a lot from Canada. We put out two records on Universal, but we never signed a record deal. We had a licensing deal with them and even though it had the imprint on it, a licensing deal is not unlike if your band was a pie and you gave a sliver of it to the record label.

As a band, that casts you in a weird position. Because the label hasn’t invested as much money in you as they would a main band, you’re easily discarded, and yet you’re on Universal, the biggest label in the country, so you should be able to reap some sort of benefit from it.

Anyways, not even at the mid point of the cycle of our second album, they dumped us unceremoniously, very publicly and acrimoniously. But, I made sure that it was public because we got more press outta being dumped by Universal than we did when we were on the label.

I still get people from Universal who were working there at the time thinking that I’m a big asshole, and you can think I’m a big asshole, but I was looking out for, numero uno, this band. I would rather bleed for this band than for the record label. So that’s what happened, and the misconception is that JC and I were very difficult to work with, untrue. It’s all untrue.

You mentioned that you made sure the split was public…

Yeah, well a few of the people who quote-on-quote broke the story were friends of mine. I called them up and told them this is what’s going on, and we got more press out of it than Universal wanted to.

This was at the time when Napster had just passed and it was a very sensitive issue. I said people should download music, which I still believe in, they didn’t like that, and there were all kinds of complications. At the end of the day, if you notice, bands that get signed to these big labels, they’re very young. We’re very long in the tooth when it comes to getting signed to a major label the way all these young bands do because we’re no going to sign a 360 deal.

The only people who are willing to sign those deals are young people who just want to be famous and live that dream, but we’ve been a band for 17 years now, so we’re kind of lifers, we’re not going to do that to our band that easily. When you’re looking for a band that you can easily mold, you don’t want to deal with these curmudgeons that know better.

Having seen what you have seen, do you think it’s still necessary for a band that has intentions of going in for the long haul to go the label route at this point in time?

Yeah for sure. I mean we talk blanket statements but at the end of the day a label is just the people working there. If they’re really cool people and they know how to work a record, if they believe in your band and want to work for and with you, and they’re competent enough to do it, then it’s a great thing. I don’t care if it’s on Sony, or RCA, or on Sub Pop, or on any big label, I don’t really give a shit.

We never ever played that game which is kind of like an updated version of high school clique, where people would say: “Oh your not going to sign to a major label are you?” “You’re not going to tour with that band are you?” No, we’ll tour with any band and be on any label that is willing to work and help our band. That’s just a silly high school way of dealing with music, and I’m over it.

Trust me, I was like that. Oh, I was seriously like that. If you weren’t on a certain label type of thing, but I mean I was young and an idiot. I was just a young, arrogant prick. I’m still like that to a certain degree as a music fan, but when it comes to being a band for real it doesn’t really matter.

There are bands I will check out because they are on a certain label, so you play that brand game, but at the end of the day I don’t care where the music comes from as long as it’s good.