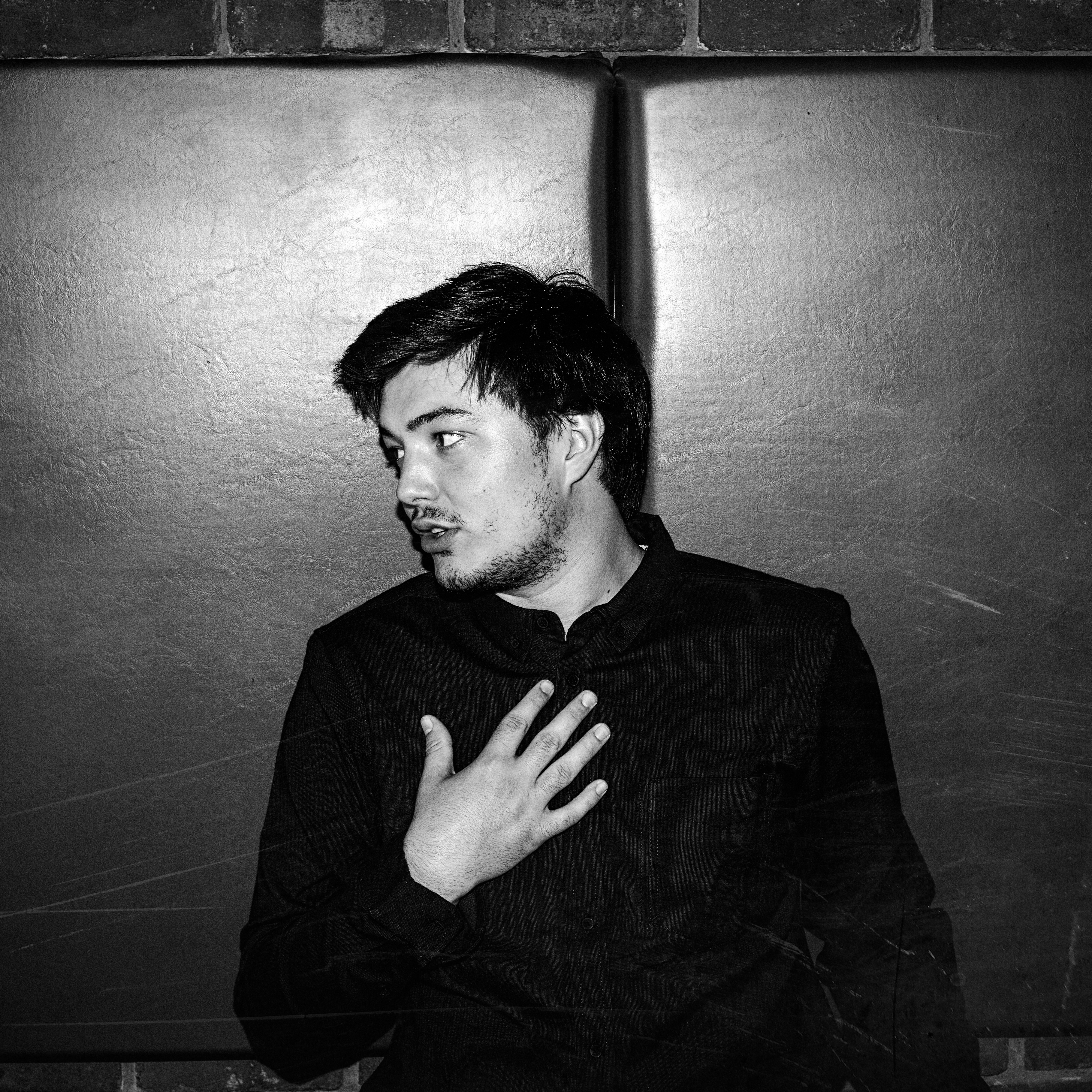 Québec singer-songwriter Émile Bilodeau is a rare musical phenomenon. Having achieved incredible success on the back of his debut opus 2016’s Rites de passage, Bilodeau has been busy taking the province by storm with his energetic brand of blues and pop-rock infused folk.

The most recent recipient of ADISQ’s Revelation of the Year award, Bilodeau performed more than 150 shows in 2017 alone. He’s also conquered just about every major festival in Québec from FrancoFolies de Montréal and Le Festif! in Baie-Saint-Paul to the Festival d’été de Québec and Festivoix in Trois-Rivières.

But, what is it about Bilodeau that has audiences so enamored and likening him to Francophone legends like Robert Charlebois and Les Colocs? It’s his candour, his affinity for words, the poignancy with which he captures the Québécois experience, and most importantly his desire to forward both Franco-Canadian language and culture through song.

We caught up with Bilodeau to talk about his debut album, connecting with fans, and about what motivates him as an artist to continue growing.

Your debut album, Rites de passage, was released in the fall of 2016. You really hit the nail on the head with that title. Tell me about why you chose it.

“Rites de passage is like a sociological thing or a concept that basically demonstrates that someone is passing from adolescence to adulthood. It’s ritualistic and sort of indicates a boy is becoming a man. I called my first album Rites de passage because music is my thing; it’s the thing that makes me a man. I wasn’t good at school, I don’t have a car, I live with my parents, but that is OK because through my music, I can be the man that I am.”

The album sold 15,000 copies and reached over three million streams online almost immediately after its release. Talk to me about that.

“In French Canadian territory, the album was a success because it spoke to our specific vocabulary. Not only do we speak French, but also there is the way we speak French in Québec.

“My first song ‘J’en Ai Plein Mon Cass’ is an expression that everyone in Québec understands. It’s a song about our everyday frustrations. In Québec, we have a lot of bad roads and it’s not easy to travel, especially during our winters with all of the snow, so that’s something that can be irritating for people. Basically, it’s a song about all of the things I’ve found it difficult to live with.

“That said, there are other songs on the album that are meant to bring people together like our song “Biére,” which is the word we use to say beer. That’s a song about parties and friends and the fact that it is important for our community to come together and have fun.”

So you’re finding that listeners across Québec are responding to that aspect of your songs?

“Yes! I think that people recognize themselves in my songs.”

You did over 150 live performances in 2017. You’ve played just about every major festival in Québec, and you’ve ventured into Europe to perform in places like Paris and Belgium as well. You’re obviously a seasoned live performer, and you’re not playing to the floor either. In some cases, you’re playing sold-out shows. That’s pretty uncommon for an artist who is so early on in their career. Talk to me about the role touring and performing live has played in growing your audience both at home and internationally.

“I’ve been on the road with my friends and with the musicians that I have brought onboard to do this with me, and I’m so glad to have a team like that. We are six, we travel everywhere together, and we get to meet and see so many new people. The thing I love the most about my job is that I get to see all of these places I’ve never been before. That’s really cool for me.

“When we went to France, it was wonderful. We weren’t big stars there but there were people at all of the shows. I think we’re going to go back there because it’s really on the road that you connect most with people and that you’re able to grow.

“You know, when you put out an album you can hope that it’s going to be a success, but it’s really only on the road that you realize the strides that you have made. It’s when you go into new territory and you see that people have smiles on their faces while you’re playing a song that you know. And that’s really important because touring is how we make money as musicians––it’s really not on the album. But, I enjoy that because when I meet people and they tell me that they love my music it’s very personal, and you are sharing something with them.

“Right now, I’m trying to make a place for myself in music and I’m trying to put my name and my French Canadian culture out there because I am very proud of what we’ve done in Québec. Today we have a population of around eight million but we are more than 30 million in Canada, so it’s important for me to tell people that I am thankful that they support me. We are not a lot, but when people do that we can accomplish many things.”

Musically, Québec has always been a unique insular place. It’s the sort of market that appreciates sounds that don’t necessarily catch on elsewhere in the country, but more importantly, it fiercely supports its own. One of the most interesting things about your audience is that it encompasses such a wide cross-section of people. You’ve got young adult listeners who know every word to every one of your songs, but you also attract an older facet of the listening public (Gen X-ers and Baby Boomers) that are familiar with artists like Robert Charlebois, Les Colocs, and Plume Latravers, and are responding to that.

“I am a huge fan of Québec artists and what they have accomplished in the past, so I am so glad that people are comparing my music to legends like Charlebois and Les Colocs. A lot of artists are interested more specifically in the music of things like in the guitar playing, in the drums, and in the bass, but for me it’s really the words. And it’s very interesting because my love of words seems to make people happy regardless of whether they are young or old.”

Your sound is a unique blend of folk infused with blues and pop-rock. Where does that stem from?

“It’s funny because the industry says I’m one thing, but I think my album is 50 percent rock and 50 percent words, and that’s OK because for me the genre is less important; I like that my album has a lot of styles in it. Take the song “América,” that song has rap, rock, and jazz in it, so it’s important to me that my style is fluid and that it goes everywhere.

“That comes from a lot of places as far as the music I grew up listening to. There are a lot of bands from Québec like Les Colocs and Malajube, but also English speaking bands like The Strokes. Bernard Adamus, who is a folk singer from Québec, is another one. He’s taken a break now but he had three really good albums that I listened to with a lot of patience and love, so he is a big influence for me as well.”

Previous post
Origin Stories: Andy Kim on “Rock Me Gently”
Next post
All Of Us: A Post-Apocalyptic Ballet Set To The Music of The Tragically Hip