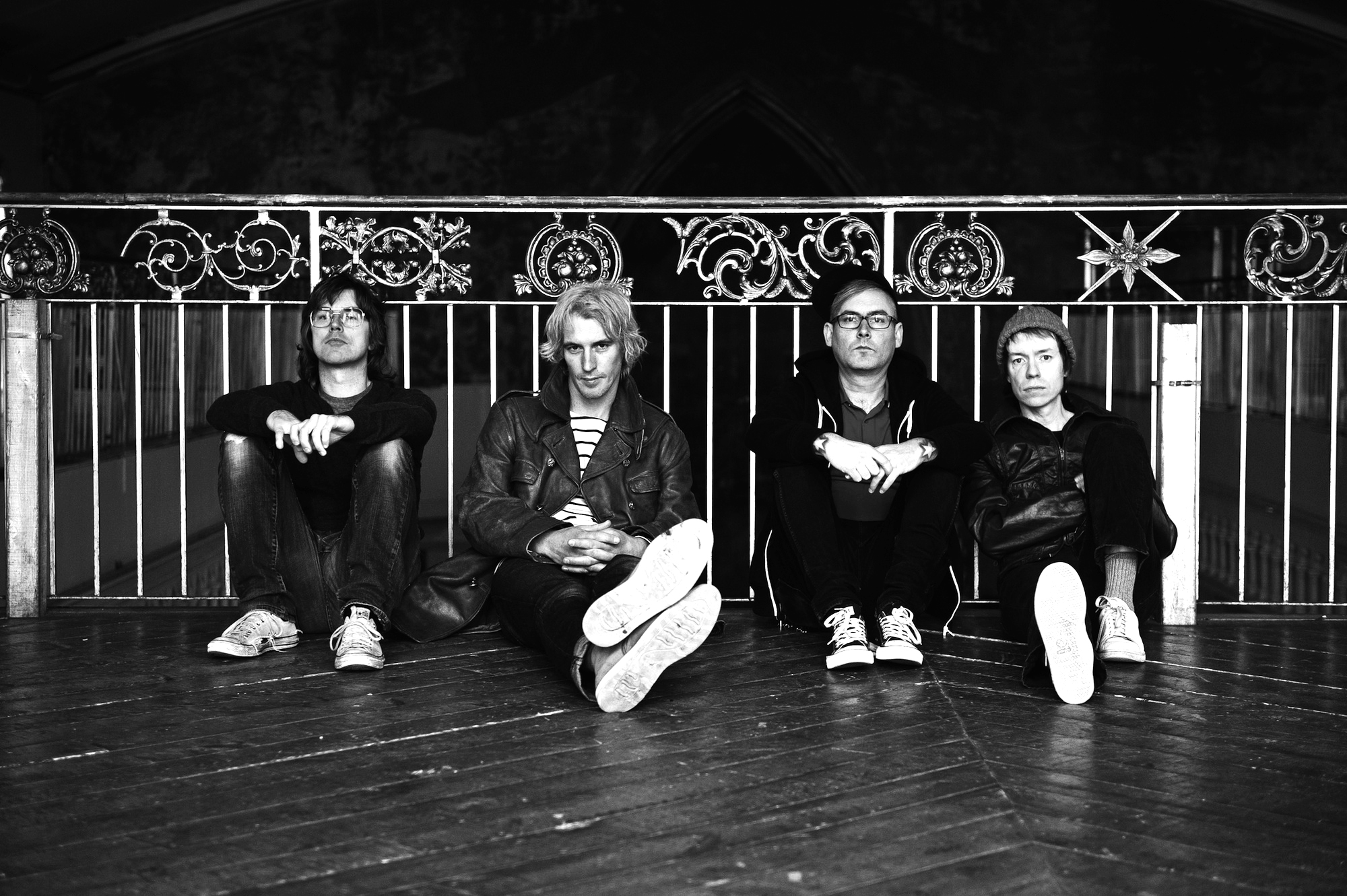 Longevity is the mark of a true artist. If you can manage to stay afloat for 20 years, particularly here in Canada, you’re onto something. That definitely holds true when it comes to legendary Canadian band Sloan, who are coming up upon the release of their 11th studio album, Commonwealth, September 9th via Yep Roc Records. A double release that sees each member of the band taking the reigns on their very own album side, Commonwealth clearly reflects the abilities of four separate and solid songwriters––something that has taken the members of Sloan from their roots in Halifax all the way to Toronto and from college radio to the forefront of 90’s Canadian rock and beyond.

We caught up with the band late last week to talk about what sparked the idea for a double album, the nature of the Canadian music industry and how it has changed, as well as how they keep things fresh and interesting for themselves after 20 long years in the business.

You guys are gearing up to release your 11th studio album, Commonwealth, early this month and it’s a bit of an nontraditional release as far as albums go these days. Can you tell me a bit about how the idea for the double album came to be?

Jay Ferguson: I remember years and years ago someone brought up the idea of making four individual EP’s or albums that would be all separate but that was a long time ago.

Patrick Pentland: I think we were actually thinking about it after we put out Never Hear The End of It, but it was like, well hang on, that album is like 30 something songs, I don’t want to put out four more records with forty-eight more songs [laughs], so we kind of put that kibosh on that. But, I think the idea has been around for a while because we are four separate songwriters. None of us have ever done full solo albums before, so in-lieu of doing complete records, we just decided to do a side each for a double album. Plus, it’s something new to do that we haven’t done before. We’ve done eleven records, so you can either turn out the same old thing, or try to do something different.

How did you guys go about writing, recording and constructing a record like this?

Chris Murphy: The writing was very similar to what we normally do. We sometimes contribute to each other’s songs but everybody is always the boss of their own songs. We never say you only have a certain amount of time but we essentially split the real estate of each record. In that sense the recording process wasn’t very different either, it was more of a sequencing thing. Where normally our records are released so that nobody ever has two songs in a row––I think that’s only ever happened once or twice––but it’s rare, so our records are really like compilations.

What has it been like for you guys to be in the middle of what is probably one of the most fragmented eras in music?

Chris Murphy: I think we kind of roll with it. I mean we were a pre-Internet band, but as far as making the records, we’re using computers. We made our last record on tape in the 90’s and then our first record of the 2000’s was on computer, and that was basically the dividing line. We had to learn to do that, but for the most part we’ve just been touring and doing what we’ve always done.

Patrick Pentland: I think the biggest thing that has changed, and I was just thinking about this the other day because we recently played an Edgefest show and there were some bands there that were our peers in the 90’s. Out of the three, us, I Mother Earth and Our Lady Peace, OLP were really able to thrive at radio and I think I Mother Earth suffered from labels changing. They were a band that got an advance from a major label to make a record and then suddenly that money wasn’t there anymore, so they got dropped and were over. We were fortunate in that we were never officially signed to a major in Canada, we had left and gone to the States, so we were a bit more independent. When the labels were going through so much turmoil we were able to use them to put our records in stores and for some promotion, but we weren’t tied to their advances and so we were able to make money on our own. I mean, we make less money, but we’re still able to do it. We just had to change the rules so that we are with an independent but we own our own studio, so theoretically we can make an album for free.

Did being on an independent label seem like a disadvantage early on?

Patrick Pentland: Well, I think we were a bit of an anomaly in a way. In 1992 or so, we were kind of a college radio band and weren’t really getting played a lot on mainstream radio. Then when we sort of changed into more of a rock band, college radio wouldn’t play us but we still weren’t really rock enough to be played on real rock stations; we were always just a little bit out of sync. Then in the 2000’s it all kind of clicked. Alternative radio became mainstream radio and we were making music that they could play, in Canada anyways, and so we had a place. Also, our sound has evolved, but it hasn’t tried to evolve with the times, we just kind of did our own thing. Some of the other bands from that era that had a specific sound that was very 90’s did have a hard time, especially when Oasis came along or whatever, and the sound changed; they weren’t able to adapt. Sometimes that upsets the fanbase, and also your fanbase just gets older and looses interest in what you’re doing. We just did the whole Twice Removed reissue tour, which was our second album, and some of the people who came out to see us hadn’t seen us play since like 1994 or something, and we’ve been playing for fifteen years since then.