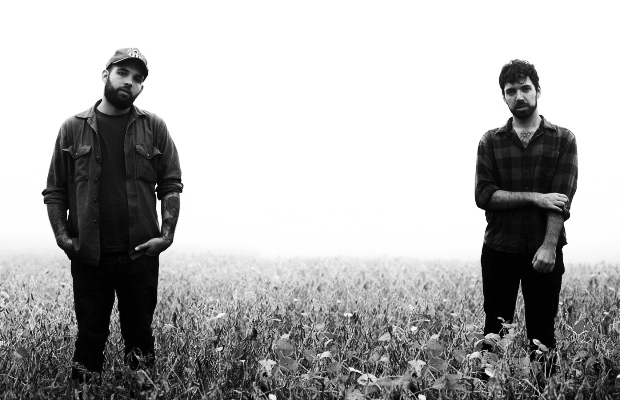 The coming of Teenage Kicks’ debut album, Spoils of Youth, arrives with both excitement and remorse for frontman Peter van Helvoort. While he and brother Jeff van Helvoort have been playing in bands together for over a decade, their story is one overwrought with setbacks. While the pair have produced a 7-inch Shook Our Bones and two EP’s, Rational Anthems and Be On My Side, the latter of which was released on EMI in 2012, they have also braved a revolving cast of band members, countless personal and financial obstacles as well as the nightmare of having to make their debut album, twice.

The good news is that Spoils of Youth, which will finally be made available via Rezolute Music on April 29th, is fantastic. It’s rich with songs that occupy the kind of honesty, integrity and absolute truth that tends to surface only after we’ve come so glaringly close to defeat that we finally decide to answer to our ourselves. In a time when there has never been more rock and roll to choose from, it has become increasingly difficult for even the most tirelessly committed artists to preserver. With that said, Spoils of Youth is exactly what it claims to be; the point at which all of this band’s hopes and dreams, those that they have feverishly sought out with total conviction since adolescence, finally calumniate for better or worse.

Fairly certain that rock is a dead medium, Peter seems ready for one last hooray. We spoke to him about whether of not he’s proud of the record his band has made, and the struggle that they went through to make it.

You and your brother Jeff have been playing in bands together for over 10 years now, but this month you are finally releasing your debut album as Teenage Kicks, Spoils of Youth. This album was clearly a long time in the making so where are you guys at in terms of headspace finally coming up upon this release?

I’m nervous. Very nervous. I just got the test presses right before you called and the record comes out in less than a week [laughs]. I don’t know, I’m excited, I’m happy and I’m proud of it, but I’ve always been nervous about what people are going to think. I wish I could just be resolved of it and not care what other people think but the reality is when you do something twice and make two recordings of an album within the same year, there’s just a lot of pressure riding on this. We’ve fired a lot of people and been fired by a lot of people–we’ve just pissed a lot of people off [laughs].

You mentioned making the album twice. Last year around this time you guys actually announced that you would be going to West Hollywood to record what was supposed to be your debut with Alain Johannes. Upon arriving back home, you actually decided to shelve that project and re-record and produce the record yourself. What was it about the first experience that just wasn’t sitting right with you guys and what brought on that change of heart after the fact?

It was sonics. It was a weird experience in general because Alain had gone through some personal stuff and I don’t think we should have been able to go there and record. We were sort of warned ahead of time that he might not be the right guy because producing is not necessarily what he does, he’s always been more of an engineer. His late wife Natasha Shneider who he used to play in Queens of The Stone Age with and produced the Chris Cornell record with and who are both infinitely talented, she kind of handled more of the songwriting side of things.

We had conversations before we went to California where our record label was like, “listen, if you’re not doing preproduction with the band then you’re not doing the record.” He said, “don’t worry I will,” so we went down to California but it never happened. Literally day one we got off the plane and went and recorded “Houdini” I think it was. We just went right in and did it, we didn’t talk about it, and that was it. That became the theme for the whole thing. Within the first week I had a feeling that this was maybe not the best situation. Unfortunately, just to get down there it cost us $20,000. Between studio costs, the house we rented for the month, our flights and our P2’s, I thought: ‘fuck, if we have to make this record again we’re not going to be able to get another big guy,’ which was what the label was really pushing for. They felt we needed to have a name behind us and he is a great engineer so we said, ‘okay, he’ll figure it out.’

So the band sensed that things were going south early on in the process?

Yeah, we had all kinds of fears while we were recording and listening back to it. We would take the songs and listen to them in our rental car or back at the place where we were staying and say, ‘this isn’t good.’ Even other people from the label were like ‘this is really bad,’ and we’d bring it up and say “everyone says this is sounding bad,” and he’d say “they don’t know that they are talking about.” Being naive and having recorded ourselves for such a long time, we kind of thought there was going to be this extra step, we were going to get home and it was going to be magic and everything was going to sound amazing. When we did get home I had this “oh shit” moment. I put it on my monitors where I do all of my recording, and realized it really was terrible.

What the hell do you do at that point?

Well, at that point we brought it to a couple of people to try and re-mix but the mixes they sent were bad too. Everyone kept saying “there isn’t really a whole lot to work with here,” so I pretty much told the label “if you keep sending the songs around to be mixed by people, the band is going to break up. You just need to let us make the record again.” They gave me 8 hours in the studio to do one song so we recorded it, it got mixed and everyone kind of said, “well, that sounds a hundred times better,” so we did the whole thing. We did drums and bass at a real studio and everything else we did at our house.