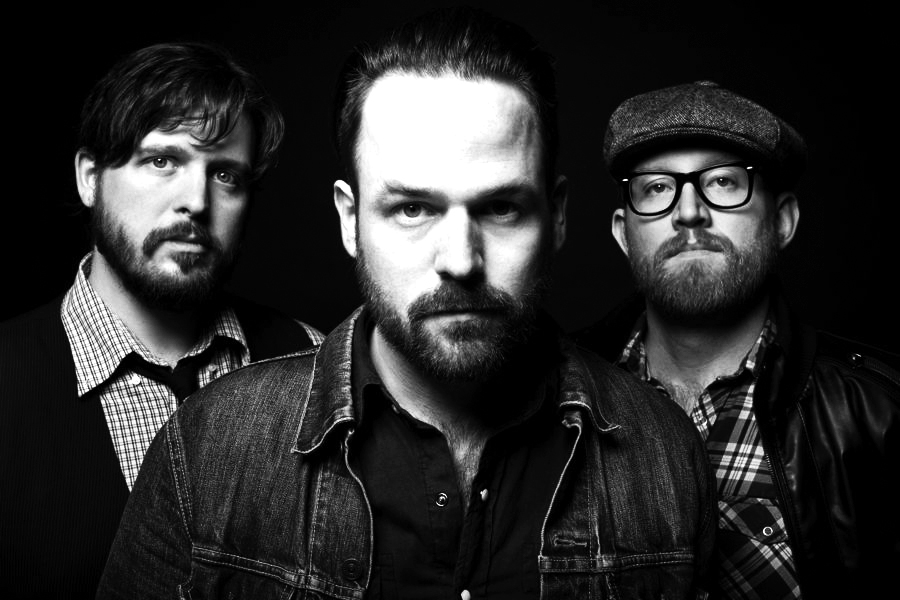 While most Canadian’s know The Reason by their 2010 hit “The Longest Highway Home,” few realize they’ve been grinding it out as a band on the road for the better part of a decade. Formed by frontman Adam White and vocalist and guitarist James Nelan in Hamilton back in 2003, The Reason have five studio releases and a Top 5 Billboard charting single under their belts. They’ve also shared the stage with the likes of the Headstones, Big Wreck and The Tragically Hip along the way.

Rock and roll has always been real sexy from the outside, but as we’ve seen the industry go to shit in recent years, so to has the ability of many bands to live off of their music. Despite the many accolades they’ve amassed over the years, even The Reason fall in to the latter category. While the commonplace notion that bands that receive regular radio play are rolling in dough continues to exist, as we found out while talking to Adam White, most Canadian musicians still have shitty day jobs just like the rest of us.

It’s certainly a far cry from those superfluous days when bands flew private jets, checked in to penthouse suites and ordered their club sandwiches with a side of blow. It’s pretty dismal. And in case you were unsure about just how gapping the divide between artist and industry really is, I direct you to the above admission—surely there was a time when publicly announcing you still had a shitty day job would have tarnished your rock star image and got you in trouble with your label.

Never the less, The Reason has persisted. Last year they toured across Canada on a train and crashed their van twice nearly killing themselves in the process. They bounced back and launched a successful PledgeMusic campaign and have been busy producing a documentary that sheds light on the ups and downs of the band’s decade long story. Oh yeah, and Adam White’s been listening to the new J. Cole album, a lot.

You and James started The Reason back in 2003, which is over a decade ago now. Music has obviously changed a lot over the past 10 years, particularly with regards to technology, and it seems that we are now seeing a shift back to a singles market with a lot more bands releasing EP’s over full-length albums. You guys released your last full-length, Fools, back in 2010 but opted to release your Hollow Tree EP early last year. Any particular reason you decided to take the EP route again?

Well, for us, we spent three years working on our album Fools. Between writing, recording and mixing it over and over again, we felt like it was the best thing we’d ever done. Unfortunately, with the way things are nowadays, I don’t think anyone really got to hear the whole album and everyone of those songs was really important to us.

I mean it’s almost four yeas later and The Edge is still playing our song “Longest Highway” twice a day. That’s really cool, but we did write other songs. I mean I totally appreciate it, but why did I go to North Carolina for a month and bleed my soul out on that record? So that everyone could just hear the one fucking song? We just decided EP’s were a better way to go.

These days it’s like ‘you gotta put out new stuff all the time.’ Well, okay then let’s put out five or six songs at a time and be done with it. It’s less about technology and more about people’s attention spans these days––they just can’t digest a whole album anymore.

Last year you guys actually toured across Canada by train and teamed up with various radio stations to play a number of house parties for small groups of fans in each city. You guys also brought someone along to film the experience as it unfolded. How did that all come together and what was it like?

Well, the whole idea came about because we said: ‘oh, it’s our ten year anniversary so we should play a big show in Hamilton,’ that was honestly it. The thing was, we also had the EP out so our label said: ‘you should drive across the country and do a promotional tour where you visit radio stations and try and get them to play your songs.’ To which we said: ‘that’s a nightmare because it’s February and why would we do that?’ They came back with ‘well what if we can get everything paid for?’ To which we said ‘good luck with that!’

Once we heard, we thought: ‘you know what, we should really film this trip because it’s going to be crazy getting to see Canada on a train, not to mention that all these shows are going to be in people’s basements and garages,’ so we did. We brought someone along to film it and then about half way through we realized that all we were talking about was how long we’ve been a band and all these stories that no one had ever really heard before. It started to occur to us that no one knew anything about us––even people who had been there from the start––and that’s when we decided ‘maybe we should turn this into a documentary.’

Releasing a documentary at the ten-year mark couldn’t be better timing. I can’t imagine the shit you guys have probably seen over the course of ten years as a band.

Yeah exactly, and we just feel like we really do have this unique story and a lot of the time when people see documentaries about bands its always like: ‘hey we wrote this song and won this contest then all of a sudden we were huge forever.’ We’ve never been huge and every time we’ve had something good happen we’ve had ten shitty things happen—no one ever get’s to hear about that side of things.

We’re not trying to advertise that we have bad luck, but we do want to show what it’s really like these days as a musician. Just because you have two or three songs on the radio people think you’re big rock stars. It’s like ‘yeah well, fuck off cause I’m not.’ We all have shitty jobs and we all struggle just like anybody else––just like buddy who works down at the steel mill or buddy who just got his plumbers license. Everybody works hard to get to where they are and in order to be a musician these days you definitely have to make a lot of sacrifices. It’s not always like when the drummer from Nirvana starts a new band and they’re automatically famous. Even though the Foo Fights are a great band, watching the Sound City documentary made me want to make a real music documentary about a real band that went through some real shit, not just one that wrote a song a played Wembley Stadium.

The more I speak to musicians, the more I’m finding just how willing people are to be honest and upfront and say ‘hey, listen it’s fucking hard out there right now.’

Oh yeah, totally. And it’s funny because of course when we took our idea to the “powers that be” and said ‘we’re going to make a documentary about our band,’ they were just like ‘ahhh…’. Then we tried to get people to fund it and they had the same reaction. It was like ‘ahhh, you guys are old,’ or ‘ahhh, you guys aren’t attractive enough.’ We just kept being told ‘you don’t have a story.’ It’s like ‘yes we fucking do have a story.’ The story is that we’ve been a band for ten years and still haven’t fucking given up. Everyone else we knew is long gone.