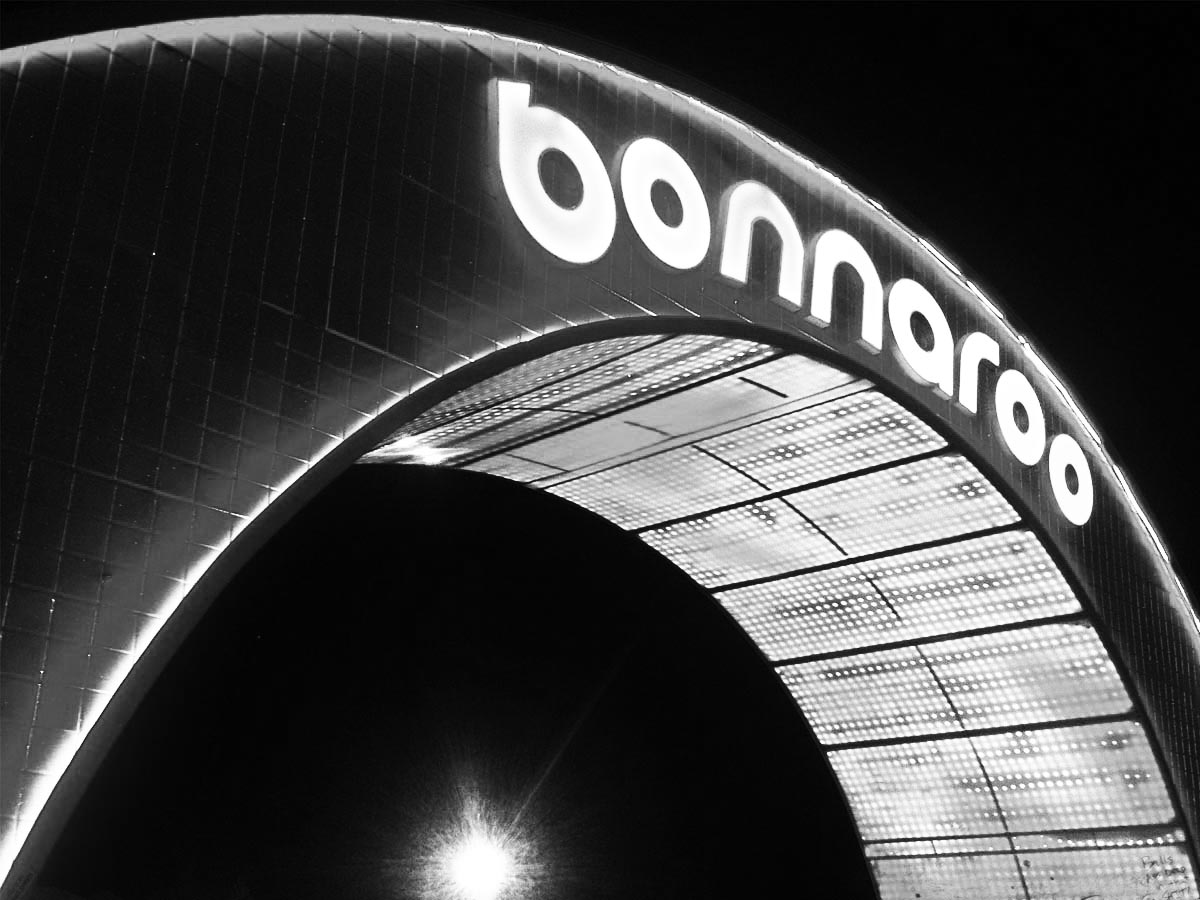 Prior to this year’s Bonnaroo Music And Arts Festival in Manchester, Tennessee, I had a very romantic idea of what festivals were all about. Honestly, the whole reason I went was to feed my desire for the feeling I got when I saw images of a crowd of 100,000 people hopelessly singing along to a song everybody knows. You hear these stories about incredible festival moments, like the LED beach balls during Arcade Fire’s set at Coachella 2011, or when the rain started dumping from the sky during the Foo Fighters set at Lollapalooza the same year, that’s what I went for. Granted, you can’t predict those kinds of things, but you’re damn lucky if you happen to witness it.

I went to Bonnaroo looking for rock and roll, and I found it, just not until Sunday afternoon. Who knows, maybe I was just being naïve. I certainly expected to be rough’n it out there, and I expected the drugs, it comes with the territory. What I didn’t expect, was for 99% of the population to be shitface stoned 100% of the time.

I don’t usually catch a ride on the patriotic express, but I’ve never felt more like a “nice little Canadian” in my life. I just. wanted. some pot. It was arguably easier to find heroin on this farm than it was to find a pot dealer. On our first morning there, a blonde lady offered me Xanax in front of the porta potty. Then she said she didn’t smoke weed and wouldn’t sell what she doesn’t use. I thought that was a nice touch.

Look, I get it, people take drugs to create an experience around the music, but this crowd didn’t come for the music, they came for the drugs. These festivals have seriously just become an excuse to get really fucking high and party with people you don’t know and will likely never see again. And hey, maybe that’s the idea. Maybe I’ve got it all wrong. I just want to know, does anyone even care about the music anymore?

Bonnaroo was an all day all night marathon. People were dropping acid for dinner and popping Xanax for breakfast, and really just pushing it and pushing it to see how far they could go. I read this quote from Jack White recently – it was something to the extent of festivals not being his favorite place to play because they are more about the party and less about the music. Quite honestly, that’s all it was.

On Sunday morning, in a last ditch effort to find someone who gave a shit, I talked with this man named George. I’m sure George won’t mind if I mention him. Real nice guy from Tennessee. Shaggy haired type. If I had to guess I’d say he was about 57.

Since Bonnaroo first began, George had been to all but one of their festivals. He’s seen Zeppelin in Europe twice, and Bob Marley once while he was stationed with the military. He almost went to Woodstock himself but he was just a kid at the time. George goes to Bonnaroo for the music. He also camps alone. George came with perspective.

“In the 60’s, festivals were about sex, drugs, and rock and roll. Today, it’s just about sex and the drugs. I try to cut these kids some slack because I remember what it was like to be young, but I’ve seen 20-year-olds acting like they’re 13 and doing crazy things we would have never done. In my day, the music was the reason for being there.”

When the hippie movement was in full swing, it meant something. These guys weren’t out in the middle of a field on a rich man’s budget, popping prescription pills and railing lines of coke. Today, people go to these festivals and flip on their hippie switches like its goddamn Halloween, running around on hardcore drugs trying to embody something that doesn’t even exist anymore. Sure, we all like the prospect of living a little taste of the “hippie lifestyle,” but the problem is that people think getting barefoot, naked, and stoned qualifies you as one. So yeah, go ahead, light that incense, and don’t shave your legs, just try not to forget to listen to some actual music while you’re at it.

Obviously it depends what you want out of the festival experience that more or less determines what you get, but it also matters from what perspective you’re viewing the thing. If you’re there on a media pass watching from side stage – which I wasn’t – well then that’s one thing, but if you’re out there camping right in the heart of it all, that’s a whole other world.

Don’t get me wrong, I checked out a lot of great bands while I was there. Trixie Whitley is an old soul in a beautiful young body. I’m now a member of the church of Santigold, and The Civil Wars were one of the most authentic crowd experiences I’ve ever had. And, like I said, in the end I found what I came for. I wanted a magic moment and the Beach Boys totally came through. I don’t know, is that too obvious since they are literally the grandfathers of rock and roll? Maybe it was cause things were winding down, or maybe it was just because nostalgia’s good for the soul, but the atmosphere was different that day. People were just really, genuinely, happy. They danced, smiled. It felt like something. Honestly, I cried a little, and I don’t even care.

Previous post
Rules Of The Mosh Pit
Next post
LIVE REVIEW: We Are Not The Kids We Used To Be – Alexisonfire Farewell Tour @ Sound Academy