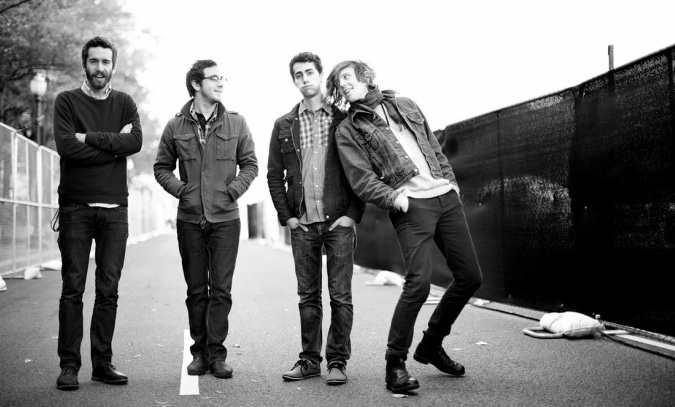 Deciding what to do next after a critically acclaimed album can be a difficult task for a band, especially these days. For Tokyo Police Club, whose breakthrough album Champ dropped back in 2010, the process took nearly three years. In a time when the musical climate has never been more fickle, there are few bands that would risk the wait.

But the members of Tokyo Police Club had some sound advice to go on during the making of Forcefield, their recently-released third full-length album: “There is no good time to put out a bad record and no bad time to put out a good record, either.”

“It sounds so redundant to say, but the music industry is getting tougher and tougher the longer we’re in it,” says frontman and bassist David Monks. “It’s not supposed to take three years to record an album, typically you get 18 months, but we just knew that if we took the normal approach, we’d end up with material that would lead us to the same place again.”

“There was something about letting go of that pressure by sort of knowing we were taking to long but doing it anyways,” adds keyboardist Graham Wright. “We did it and dealt with it because even though it wasn’t what we were ‘supposed’ to do, it just felt right.”

Following-up the success of a breakthrough record is not only a high-pressure moment in a band’s career but an equally critical one; a sort of proverbial crossroads where fans stand eagerly awaiting more and critics are ready to trip you in the doorway. Despite the ever-present fear of becoming yet another indie rock casualty, Tokyo Police Club stuck it out, finding their legs again in the process.