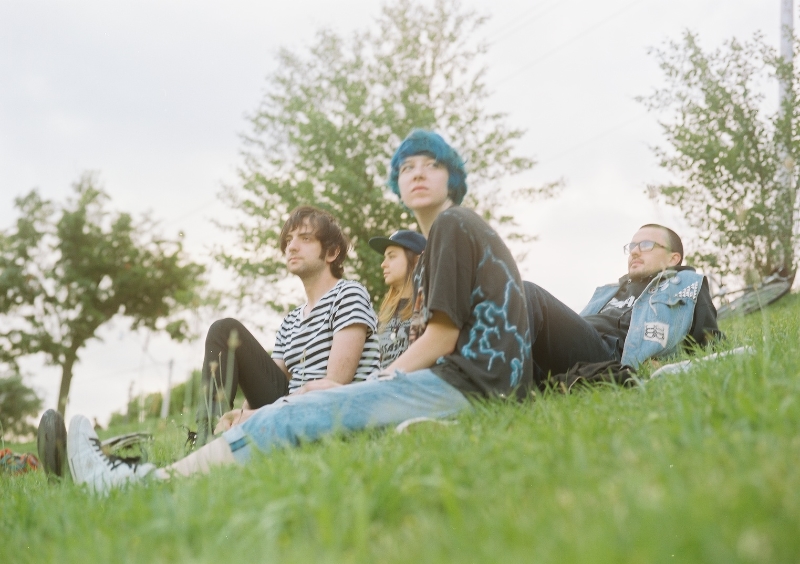 Why do people persist in their goal to create a rock band? We certainly live in a time when it couldn’t possibly seem more futile. And yet, even when faced with becoming the plot of a likely story––kid starts band in garage, uploads music to Soundcloud, band promptly finds themselves eternally lost in the Internet’s abyss––wildly hopeful people do it every single day.

For Toronto band Dilly Dally, the story isn’t all that different. Formed by high school friends Katie Monks (sister of Tokyo Police Club’s David Monks) and Liz Ball back in 2009, the pair got together with little more in their pockets than a semester each of post-secondary, blind faith, and youthful wonder.

“Liz and I are a couple of weirdos,” says Monks jokingly over the phone. “Right from the start, we’ve always had the attitude that our band could take over the fucking world [laughs]! Even if we didn’t know how it was going to happen, we believed blindly in the project and have been playing shows every month in this city for the last four years.” Although it took them nearly that long to secure the right line up, their motivation hasn’t as of yet wavered. In fact, the recent addition of bassist Jimmy Tony Billy Rowlinson (Mexican Slang) and drummer Benjamin Reinhartz (Beliefs) has served the band well. With a mutual appreciation for slurred poetry, pop ballads, and grunge-heavy guitars, the newfound collaborative energy has ignited Dilly Dally’s live show and injected a whole new level of aggression into their sound.

Despite having carved out a place for themselves amidst Toronto’s burgeoning noise punk scene, Dilly Dally only self-released their first single “Next Gold,” a track they had recorded during a 2013 session with Josh Korody (Fucked Up, Greys) and Leon Taheny (Owen Pallett, Austra, Dusted) both of whom had a hand in producing the band’s current Candy Mountain 7”, earlier this year. Interestingly, the song caught the attention of music blogs, who praised the band’s “Pixies-esc” style and Monk’s seemingly impulsive and charismatically delivered vocal slurs.