Will Walk Off The Earth Be Walkin’ Away With A Major Label Deal? 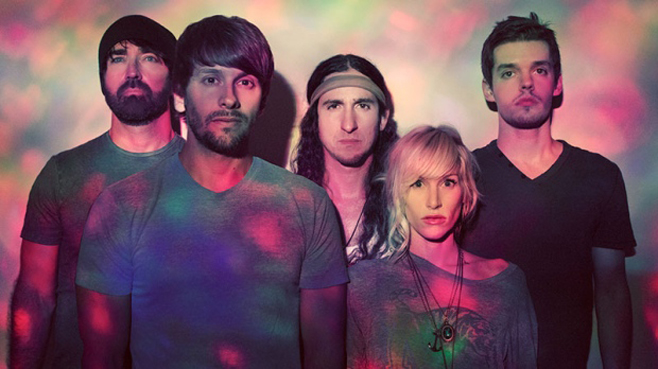 By now there are likely few people in the world who haven’t heard of Burlington, Ontario band Walk Off The Earth and their cover of Gotye’s “Somebody That I Used To Know.” I first saw this video floating around Facebook two weeks back when it still had less than a thousand Youtube views, but since being mentioned on Good Morning America and The Ellen Show amongst others, the latest news is that this band will likely be signing a major label deal.

I say hey, good for them, they took a sort of unconventional approach, and did a really great job of covering an already good song. I’m more than happy to pay credit where credit is due, but the news definitely has some wondering why the sudden interest in signing a cover band?

It’s great news for independent artists out there, encouraging at the very least. I mean this band managed to amass worldwide attention in an incredibly short amount of time, and now has major labels knocking down their doors. What indie band wouldn’t want that? That being said, any idiot can see what the labels are really up to here.

It’s pretty well know that anyone who reaches a million Youtube views is making a nice little paycheck. With this video having already exceeded 23 million, this is really a straight up cash grab, a true sign of the times, and a reflection of the state of the industry.

I mean come on, what does a major label want with a cover band anyways? Don’t get me wrong, these guys are absolutely talented and they did a hell of good job with this song, but the labels aren’t after them because someone sitting up in an office somewhere saw the light through their 5 man 1 guitar stunt and actually feels compelled to shape their talents into something great.

At this point it’s safe to assume that this band’s next video, regardless of what it is, will be an absolute shoe in and the label knows that. So, while people are still buzzing about this Gotye cover, all the interested parties throw their offers on the table in hopes that the band will bight so that they can jump on the hype that’s already been created, and in turn they can all finish riding out this wave “together.” Really makes you wonder who has a better handle of this thing right now, the indie band that’s successfully cracked the surface or the major label that sees a perfectly timed opportunity to make a very quick buck?

One thing’s for sure; whatever happens next will be the deciding factor. This is actually a pretty important moment in blurring those relationship lines between indie artists of today and what’s left of the major labels. Either this band knew exactly what they wanted out of that video right from the get go and this is just a domino in their larger plan, or this was a really happy accident and they’ll go on to sign with a label that’ll build them up for the next 6 months, then a year and half from now, take them for all they’re worth and drop their asses back in Burlington.

Either way, remember kiddies, good shit will always float, that’s physics, but when you start to eat shit to hold onto your 15 minutes of fame, well then you just work for a major label.